everyone remembers where they were when they first heard about an attack in New York on the twin towers. I was in an office at work away from a TV. The phone rang and a colleague in Australia began to describe what she could see on the news on the other side of the world. When she described one of the towers collapsing I recall thinking that she could not be right. Maybe it was only part of such a vast building. Of course she was correct as I saw for myself when I went upstairs and got to a TV.

Well over a decade later they are still building around the site. Its a poignant place to be, as you walk around reading the names which are grouped together – under flights, first responders, firefighters, the Pentagon… your mind flashes back to the images of that day – the impacts of the planes, the collapsing buildings, falling people and vast clouds of dust.

I was struck by 2 people doing a routine job (probably for little pay) polishing the metal surround at the side of the south pool. Quietly playing their part in respecting the memory of over 3000 people, who were caught up on an ordinary day in a nightmare. Makes me thank God for what I have today. 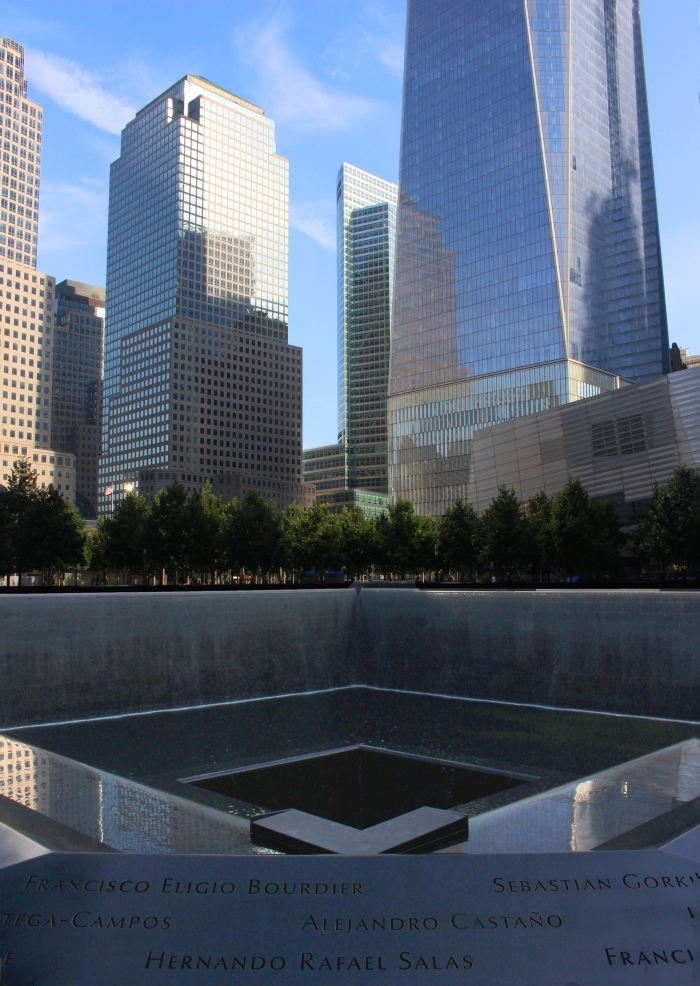 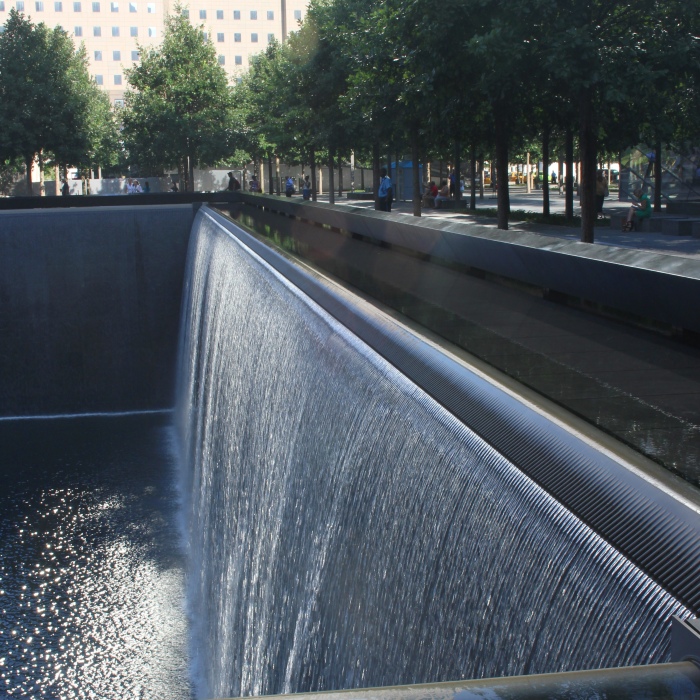