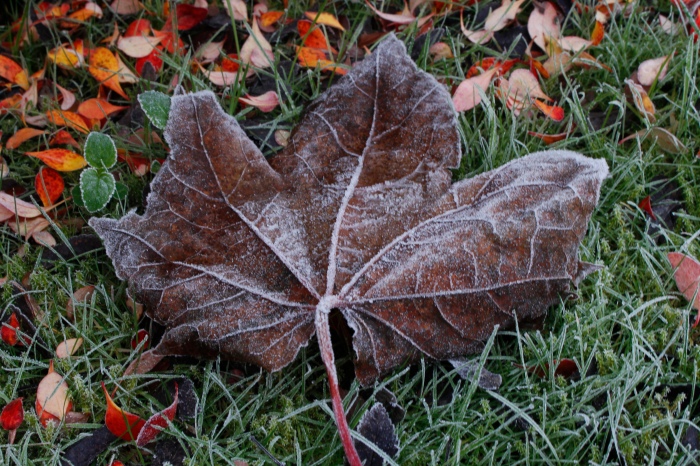 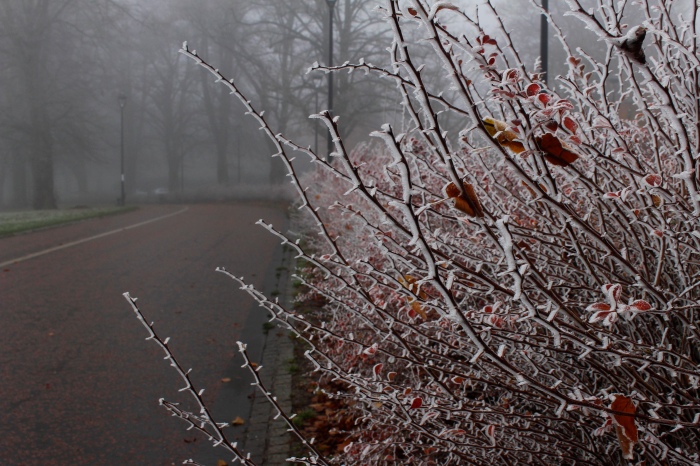 beautiful autumn colours still around with the first frosts of winter.

from a mostly cloudy county Antrim, Northern Ireland.  Taken at 19.40 tonight during a brief separation in the cloud cover.

like many people this morning I was part of a public act of remembering people who have lost their lives over many decades.  There is a plaque on our church wall naming each person who lost their life in the first World War, and & another acknowledging the loss of the 2nd World War.

At the front of the church was a display of memorability from the World Wars dressed with poppies and a cross.  Many people in the church will have had people on their minds from much more recent times.  It seems like we endlessly repeat the same mistakes. 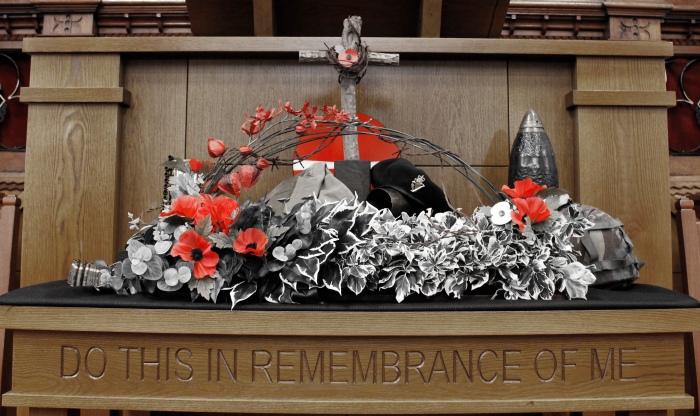 I found my mind drift to recent events in the US and wonder if we are a step closer to a more peaceful or less peaceful world.   I have seen some interesting comments about the election of Mr Trump – Angela Merkel  (http://www.nytimes.com/interactive/projects/cp/opinion/election-night-2016/angela-merkels-warning-to-trump) seemed to hit the mark much better then Theresa May.  One Irish senator, Aodhán O’Riordáin, has called recent events in very clear terms.  However most world leaders seem reluctant to be critical.  The UK Methodist church has stated that they cannot agree with the values that were so prominent during Mr Trump’s campaign ( http://ow.ly/K5Nk3065h47).  The Pope has been openly critical (https://www.theguardian.com/us-news/2016/feb/18/donald-trump-pope-francis-christian-wall-mexico-border) in the past.

We can be very different people in power, with its responsibility, than in the run up to power.  We can only hope and pray that is the case here.

However I have one enduring mental image of Mr Trump making fun of  a person with a disability (I could choose the image of a wall, the portrayal of other faiths and attitude towards women). (http://www.huffingtonpost.com/entry/disability-rights-donald-trump_us_582487fae4b0e80b02cefa2f).  He is never entitled to behave in such an appalling way.  This was equally desturbing and unacceptable.

I believe we need to call Mr Trump’s values for what they are.  A step in the wrong direction.

A long showery weekend on the North coast: the River Bush flowing through Bushmills yesterday & a wet Portrush from a distance this afternoon.